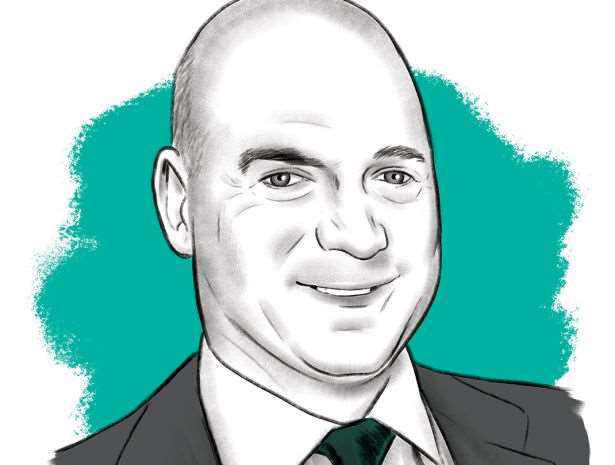 How much longer can this go on?

In June it felt like there was substantial momentum toward a return to normal life in New York City. The delta variant definitely slowed that down here in New York City and across the United States. That being said, the post-Labor Day change in New York City in Midtown is visible and palpable. The streets are flowing with traffic, the sidewalks are full of pedestrians, and a much greater proportion of businesses are encouraging their staff to return to the office.

A good friend of mine in the residential real estate business owns about 4,000 marketrate apartments in New York City — the kind that are typically rented to young professionals. Last year, vacancy across his portfolio gapped to 25 percent; in February, all of a sudden, he saw a surge of leasing. The last few months, he has been leasing faster than at any point in his 35-year career in the business. He said his portfolio is now 98 percent occupied, and going to 100 percent soon. He has eliminated concessions and his market rents today are back to their pre-pandemic price levels.

I remember multiple examples during past crises when everyone claimed things would never return to normal in New York. After 9/11, lots of people thought nobody would occupy a tall building in the Financial District. After the global financial crisis, people thought New York City, because of its banking exposure, would never recover. After Superstorm Sandy, many people thought tenants would be reluctant to sign a lease in a building in a flood zone. Well, life has a way of returning to normal after a crisis is over. Will some companies incorporate a component of remote work into their policies and procedures?

Yes. Will some people wear masks because of their personal predilections or health issues?

Yes. But, largely, people can’t wait to go to sports games, the theater, movies, restaurants and museums. But, realistically, it may take another 12 to 24 months for that new normal to evolve and settle in.

Is now the time to buy or sell?

Fully occupied, leased, cash-flowing assets have solid demand, and are selling at good prices. The more interesting question is the pricing of value-add or distressed assets.

The market has not delivered and is not delivering value-add and distressed opportunities on a systemic level through the COVID crisis the way it did following the global financial crisis. Why is that? Because during the GFC there was widespread distress in the core financial institutions. The Federal Reserve then pressured the financial institutions to get rid of their bad debt and recapitalize their balance sheets. The banks sold their debt at deep discounts at the worst of times on a huge scale, creating opportunities for firms like Savanna to buy that debt, foreclose, recapitalize those assets, and then redeliver them to the market at a lower basis as the market recovered.

That is not happening on a wide scale today. Why? The financial institutions are actually in good shape, so the Fed is not breathing down their necks, forcing them to sell non-performing loans. In addition, the people sitting in the chairs of those financial institutions remember that when they sold those loans in 2008 to 2009 at deep discounts, they transferred a lot of wealth to the buyers of those loans when the underlying assets recovered their value a few years later. This time around, lenders have instead chosen to work with existing borrowers — they exercised forbearance and did not pursue their rights and remedies in order to keep the positions intact through the pandemic. Sure enough, the market is recovering and most of those positions will be “money good” to the lender, if not the borrower.

That being said, the pandemic has nonetheless done widespread damage to certain equity positions, but that damage is unequally distributed. The distress buys to date have been in those asset classes hardest hit, like hotels and retail. Going forward, the distress buys will be most compelling in assets which have real property level issues, like partially completed construction, or very large vacancy.

Suddenly, there’s a big change to the New York state constitution and you’re now named the 58th governor of the Empire State — what do you do about the eviction moratorium?

Many people have suffered financial hardship during the pandemic, and, given the unprecedented circumstances, a temporary ban on evictions was appropriate. But, if the government creates a circumstance where tenants can continue to occupy apartments without paying rent, and the owners of those apartments have no recourse, then they are forcing a small subset of individuals (property owners) to pay for a public policy obligation that rightfully should fall on everyone.

So, if the eviction moratorium is extended, preventing landlords from exercising their rights if a tenant does not pay rent, then the government should meet the rent payment obligations of those non-paying tenants.

Adams. The right man for the times.

Last time you got on an airplane, what was your destination?

Mid-September. Just came back from four days in Northumberland, England.

What vax did you get?

Where does your patience wear thinnest — evictions or anti-vaxxers?

Antivaxxers. Wake up and smell the coffee!