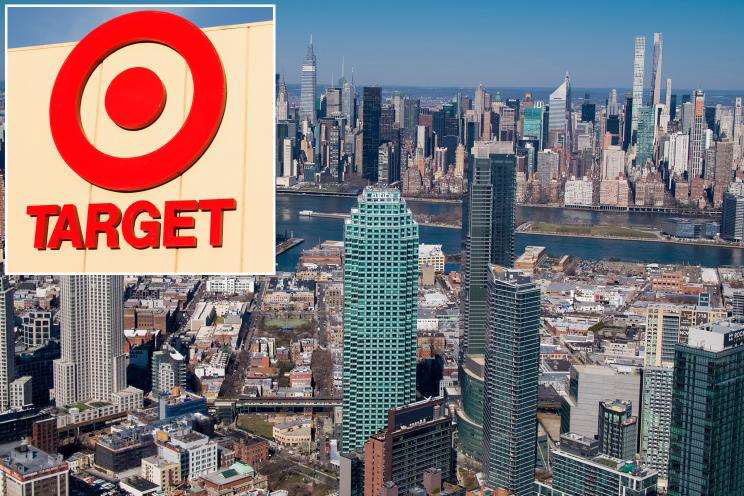 Target hopes to hit another bullseye in Long Island City — where it has just leased 31,000 square feet at One Court Square.

When it opens (a spokesperson for Target declined to reveal an opening date), the store will have a dedicated ground-floor entrance, the entire 23,400-square-foot second floor and a portion of the third floor of the four-story retail building that is connected to the main 53-story tower’s lobby and Court Square subway hub.

In July 2020, after 30 years marking the top of the tower and the Long Island City skyline, the Citi logo was removed and replaced with that of Altice, the cable network provider and now one of the building’s largest tenants.

That logo could have been Amazon’s.

After a spellbinding nationwide search in 2018, culminating with plans to develop a 4 million-square-foot second headquarters in Long Island City at the nearby Anable Basin, the online retailer was ready to ink an additional lease for 1 million square feet of Citi’s office space when local pols sank the entire kit and caboodle.

Amazon’s head honcho, Jeff Bezos, blew them off in February 2019 with his Valentine’s Day massacre letter, dropping Queens as the HQ2 winner and taking its over $3 billion investment, a potential 50,000 jobs, millions of square feet of office space, local workforce training and residential requirements of its works to two other parts of the country.

Queens’ activists have also gone after Minneapolis-based Target in some neighborhoods as they worried about losing local mom-and-pop stores and supermarkets.

But there should be no issues with Target’s partial occupancy of the 150,000-square-foot dedicated retail building that’s part of One Court Square. Throughout the pandemic, Target has also continued its successful rollout of smaller urban store formats and had a blowout first quarter of this year.

“We’re extremely pleased to welcome Target to One Court Square. This is a great win for the building and the neighborhood, benefiting employees who work in the building or nearby, residents of the area and commuters through the Court Square transit hub,” said Brian Reiver, managing director at Savanna in a statement. “The transaction establishes a true anchor retailer that further validates One Court Square as the center of Long Island City.”